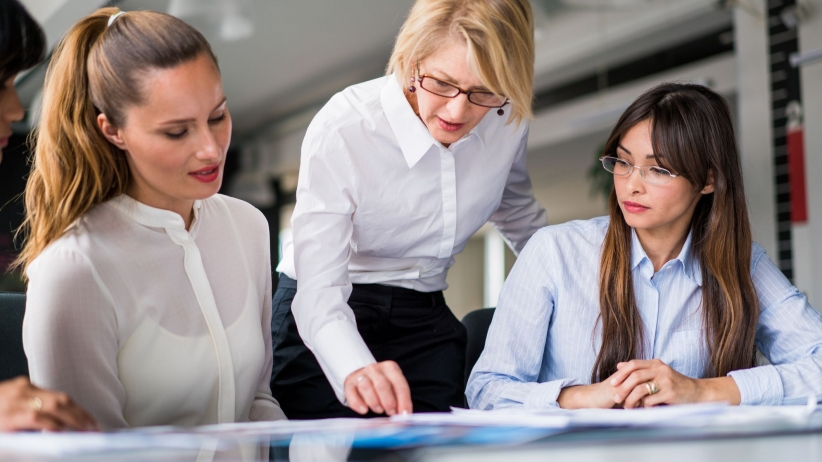 Many of the most significant and memorable conversations of my professional career were impromptu. I don’t look back with any high degree of fondness for the formal performance reviews my working life. The talk over a beer about my career with a mentor — or even the complete unscheduled dialogue with an executive I looked up to — are the moments I remember years later. These conversations helped support confidence in myself and reassured me that I was headed in the right direction. These “napkin” talks where my future was discussed were sketched on a scratch sheet of paper or literally a napkin in some cases, not a power point presentation. The casual nature of the exchange made both more natural and sincere. They were having the talk with me because they cared and saw potential in me, versus the discussion being mandated by management to include in a performance review.

Your parents or grandparents worked in vastly different times than we live in today. Perhaps they started their careers in their twenties with a big corporation, and four decades or so later, they retired from the same company. They probably worked their way up the rungs of the ladder, one at a time. Today, the path up the ladder is significantly more unpredictable and complex. Because of this, the importance of a great napkin talk conversation is more powerful than ever.The best napkin talks visualising with your employee what their long-range professional future may look like. This exercise can be powerful in a mature company, but even more important if you are currently a smaller company or a start-up. If you have a high-potential employee, chances are good they think about their future and career frequently. Instead of letting them just speculate on their own, the napkin talk allows you to help shape their vision. It also helps crystallise in their mind that they indeed have a future with your company. This conversation shows that they’re in your plan and that you can see them not only long-range with your organisation, but also advancing and playing a significant role.

2. this is what could happen but no guarantees

If there is any danger in having a napkin talk, it’s that your employee will take the conversation literally. Obviously, there are a lot of factors that can interrupt their path — most notably their own performance and effort. This challenge, however, is easily mitigated by putting a disclaimer on the conversation. Make sure you preface anything can happen. There will undoubtedly be unforeseen factors and nothing is written in stone. Part of the napkin talk’s power is that it is indeed informal, which complements the “asterisk” you attach about anything being possible.

3. tell them they ultimately determine their own path

The best leaders believe they influence their career trajectory more than external factors. That’s not to say they place no value in other factors. But at the end of the day, they take responsibility for where they end up. This is of particular importance because you want to encourage accountability and a relationship between effort and reward.Right now, your best people are visualising their future with, or after, your company. The napkin talk is a conversation better had sooner than later. It gives the up-and-coming stars of your organisation useful insight to consider when they are day-dreaming about their career. It allows you to help shape their expectations. Most importantly, it shows them you care. It’s a talk they will likely remember years later.